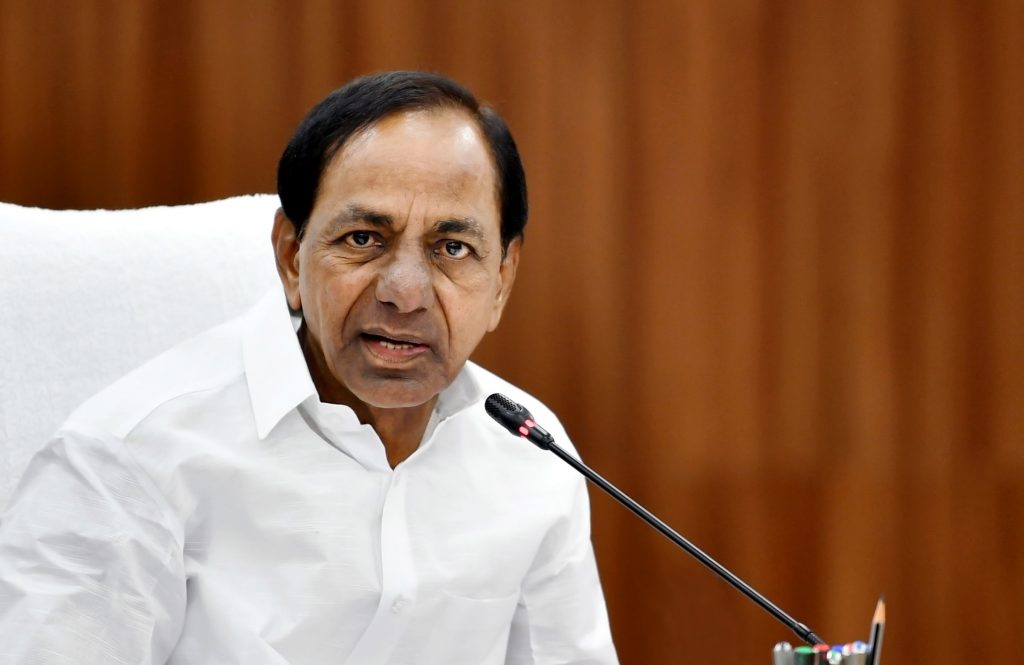 Chief Minister Sri K. Chandrashekar Rao has made it clear that the aim of the Dalit Bandhu Scheme is to make the Dalit community, which was subjected to discrimination for generations to develop financially with self-respect. The CM also made it clear that Rs 10 Lakh is given under the scheme to Dalit families as cent percent subsidy will not only make Dalit families financially strong but also play a key role, as a social investment for spinning the state’s economy and strengthening, the CM clarified.

The CM also reiterated that the state government is not in a position to even purchase a Kilo of Paddy in the Yasangi season with the backdrop of the Centre repeatedly stating that it will not buy Paddy from Telangana state in Yasangi and taking decisions to destroy the interests of the Telangana farmers. The CM also categorical stated that Procurement centres for Paddy would not be set up during the Yasangi.

The CM has instructed the collectors to distribute the employees based on the new Zonal System, which has 95 percent reservation for the locals, which is the first of its kind in the country. The CM also suggested to the Collectors to accommodate husband and wife employees working at one place.

The CM urged the people not to entertain any fears about the Omicron variant of Corona and asked them to follow the necessary precautions and cautions.

On Saturday at Pragathi Bhavan, an extended meeting was held with Collectors under the chairmanship of the CM. In the meeting, an extended review took place on an implementation of Dalit Bandhu and measures to be taken to implement it all over the state, state government action plan on procurement of Paddy in following adamant Centre’s policy on non-procurement of Paddy, distribution of employees zonal wise, the spread of Omicron variant of Corona.

Speaking on the occasion, the CM made it clear that the responsibility lies with the Collectors to protect state farmers from the dangerous policies of the Centre, which will adversely impact the agriculture sector in the state. As part of it, the Collectors should explain to farmers why the state is not in a position to buy Paddy during the summer season. The CM instructed the Collectors and Agriculture officers to get farmers ready to go in for alternative crops during the summer. He said it is regrettable that the FCI, which was, formed Constitutionally for food safety in the country, refused the buy summer, Paddy, from Telangana state labeling it as salted rice. The CM the fact that the rice piling up in large quantities in the godowns of the FCI are getting rotten due to the negligence of the FCI and it should be taken to the notice of people. He also instructed officials to write letters in this regard to the Centre.

We will continue with pro-agriculture policies:
The CM said the policies, measures being implemented by the Telangana government to strengthen the rural economy and transparent farm policies nobody ever implemented till this day in the country in its history. He said by constructing irrigation projects water resources have increased and the farm sector is given a free, 24-hour free power supply. The CM explained that with Rythu Bandhu financial assistance is given for the inputs for the crop and through Rythu Bhima confidence is created among the farmers.  He clarified that the Telangana state government’s farm policies which became role models in the country will be continued come what may.

Prepare plans in advance for the Monsoon crops
The CM instructed the agriculture minister and Agriculture department officials to prepare plans in advance on what crops would be cultivated during the Monsoon season. He wanted them to concentrate on three main crops, Cotton, Red Gram and Paddy. He asked them to make farmers in the state go in for the alternative crops.

Dalit Bandhu assistance as Social investment
The CM said the Dalit Bandhu scheme would be implemented like it was implemented in Huzurabad Constituency and four Mandals in four districts to the satisfactory levels.  The CM made its clear funds would be realised shortly. The CM instructed the Collectors and officials concerned to implement the action plan to select 100 beneficiaries in all the Constituencies. In this regard, he said local MLA’s suggestions should be taken.

CM exhorts Collectors to participate in Dalit Bandhu and knows the pain and aspirations of Dalits
The CM made it clear to the Collectors that they should work towards instilling confidence among the Dalit as the Dalits are under the opinion that they would always be cheated keeping their bitter experiences during the past regimes. Such a situation is prevailing in Dalit wadas and the Collectors should understand their agony and work towards building confidence among the Dalits. “Sky is your limit. The satisfaction which you have not got in any work you will get while implementing Dalit Bandhu,” the CM said. He also asked them to explore the opportunity for Dalits in government and private sectors to help their economical condition.  He also asked them to take suggestions, opinions from the Dalit intellectuals, retired officials and others who are working for the empowerment of Dalits.

Employees division based on New Zonal Policy only
The CM instructed the Collectors to divide the employees based on the New Zonal Policy. The CM said with the new Zonal Policy, there would be the creation of employment for the local youth; the governance at the field level can be implemented effectively. The comprehensive development is possible when government employees can go to remote areas and work. He wanted the employee’s division should be done in for five days and a report should be submitted. If husband and wife are employed at one place they can work peacefully and it increased productivity. The CM said Spouse cases should be considered on humanitarian considerations without adversely affecting the local youth.

Don’t worry about Omicron
The Collectors and Medical and Health Officials have explained to the CM about the situation arising out of the reports of new Omicron cases. They said the situation in the state is under control and there is no need for any fear or anxiety. The CM reviewed the preventive measures to be taken and gave directions to officials in this regard.