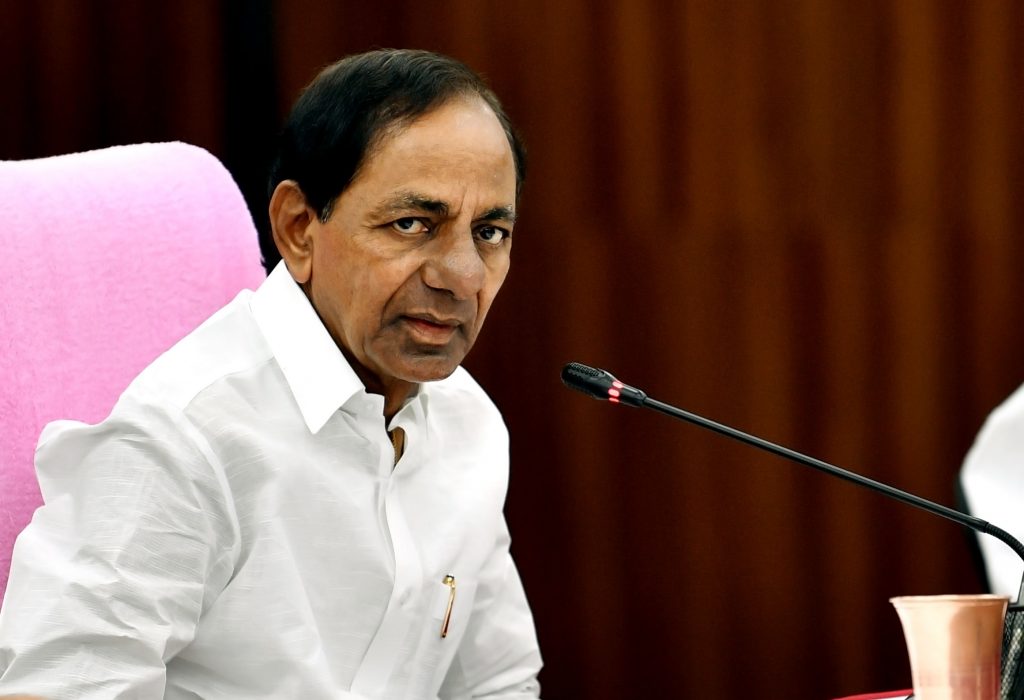 Chief Minister Sri K. Chandrashekar Rao has made it clear that the Telangana Dalit Bandhu Pilot project is being implemented in four corners of the state to make it successful keeping in view the sentiments of Dalits, their financial needs, and their actual situation. The CM reiterated that Dalit Bandhu Scheme is being implemented with a higher ambition and social responsibility to develop Dalits economically, make them businessmen, and to break the social and economic discrimination against them, which was in vogue for decades. The scheme is also aimed at the fixed objectives.

The CM said that the Telangana Dalit Bandhu is being implemented as a pilot project in Chintakani Mandal in Madhira Assembly Segment in the east, Tirumalgiri Mandal in Tungaturthy Assembly segment in the North, Charagondu Mandal in Achampet Kalwakurthy Segments, in the west Nizam Sagar Mandal in Jukkal segment along with Vasalamarri and Huzurabad.

He said that funds were released as promised for Vasalamarri and Huzurabad. The CM announced that funds would be released for the four Mandals in four districts in a phased manner. He has instructed the officials in the four mandals to shift to the villages. The CM said Telangana Dalit Bandhu is a unique programme, which no one ever did in the past, a new idea no one ever tried, and we are the designers and implementers of the programme. By making the scheme successful, we will become the ones who laid new tracks for the development of Dalits. The CM reminded that the separate Telangana statehood movement was also a fight against discrimination. To make Dalit Bandhu a people’s movement it drew inspiration from the Telangana State movement.

Speaking on the occasion, the CM said that the Dalit Bandhu was formulated in the Legislative Assembly. I have personally announced Rs 1000 Crore for Dalit empowerment. The Dalit Bandhu Scheme was formulated after a series of discussions with all the political parties and the elders among the Dalits. Suggestions and advices came that any Mandal or Assembly segment should be taken to implement the schema totally. Accordingly, the pilot project of the scheme was launched on a pilot basis in the Huzurabad Assembly segment. This is not a routine matter, but a thought no other state or central government ever did,” the CM said.

The CM said from Kashmir to Kanyakumari, if there is any section that is facing discrimination and suffering pain, it is Dalits. This is what several international and national comparative research studies have pointed out. There are no qualitative changes in the lives of Dalits except some notional benefits. The entire society should come forward and help Dalits as a family comes to the rescue of its members when they were in trouble.

The CM said that the state government has finalized the aim and objective of the Dalit Scheme and is implementing it. Where there is discrimination there will be awareness and people with such awareness will fight and become successful 100 percent. He said he had made this clear to people in 1996 and made the second phase of the Telangana movement a success. The same people’s movement spirit will be continued for the implementation of Dalit Bandhu. Funds for the scheme will be allocated in the Budget in a phased manner and achieved success in a phased manner.

Reservations in business and employment sectors:
The CM reiterated that eligible Dalits would be provided reservations in the sectors where the government would issue licenses such as Medical Shops, wine shops, Mee Seva centres, Gas dealerships, Transport Permits, Civil contracts, outsourcing contracts, and a host of others.

The CM said that there is no truth in some rumors going around that schemes are introduced for the development of Dalits only. He said from the independence of this county except the fruits given by Dr. Ambedkar, Dalits have not got anything for their qualitative development.

The CM explained to the officials about the scheme and procedure to be followed. He said in the first phase the scheme should be implemented perfectly. Monitoring is key in the second phase. For this, district collectors and Dalit Bandhu Committees should work in coordination. Every Dalit Bandhu beneficiary will have a special bank account. Dalit Committees would be formed from the village to the state level and over a lakh Dalits would work for the protection of the community. Persons elected from these committees would be the resource personnel.

The CM reiterated that the beneficiaries of the Dalit Bandhu scheme need not repay the financial assistance nor they are asked to take up such and such a business. They can take up any financial activity of their own of their choice. The CM asked the officials to create awareness at the grass-root level.

The CM said from the next year in the Budget there is thinking to allocate not less than Rs 20,000 Cr for the Dalit Bandhu. With this every year two-lakh Dalit families will get the benefit from the scheme. If the situation is favourable more funds will be allocated for the scheme. From the day Telangana State was formed welfare schemes were implemented like Rythu Bandhu, which Dalits never opposed. But they wanted schemes for their welfare and development. With the same spirit, other communities should support the Dalit Bandhu Scheme.

The CM has instructed CS Sri Somesh Kumar to have a joint meeting of the SC Welfare Department, Animal Husbandry, and dairy development, as there is demand for Dairy units from the Dalits. The CM instructed that a review should take place on how much milk Telangana people are consuming as per the WHO, how much milk is imported from other states? And prepare an action plan accordingly and the government dairy units should be encouraged.

Opinion of speakers at the meeting

Sri Mallu Bhatti Vikramarka:
There is no other scheme in the country, which gives Rs 10 Lakh assistance to each Dalit family. He thanked the CM for selecting Chintakani Mandal in his Madhira Constituency for the Dalit Bandhu Scheme implementation over and above politics. He said he would work for the proper implementation of the scheme in his Constituency.

Former Minister Sri M Narasimhulu
I have seen 10 CMs no one ever came up with such a good scheme. He said Sri KCR is Dalits Prema Bandhu and only a history maker can do this. He said by making him participate in such programmes is nothing but his good fortune.

Sri Goreti Venkanna
Dalit Bandhu has the relevance of hundred years of Malapalli and he explained with examples the greatness of Dalit Bandhu with historical facts. Goreti Venkanna with historical proofs from the writings of Unnava Laxminaryana’s Malapalli, Gurram Joshua’s poems and Mangenapudi Venkata Sarma’s Niryudha Bharatam said that Sri KCR was the only democratic leader who is striving for the development and upliftment of Dalits.