Govt’s aim is to protect the properties of the poor: CM 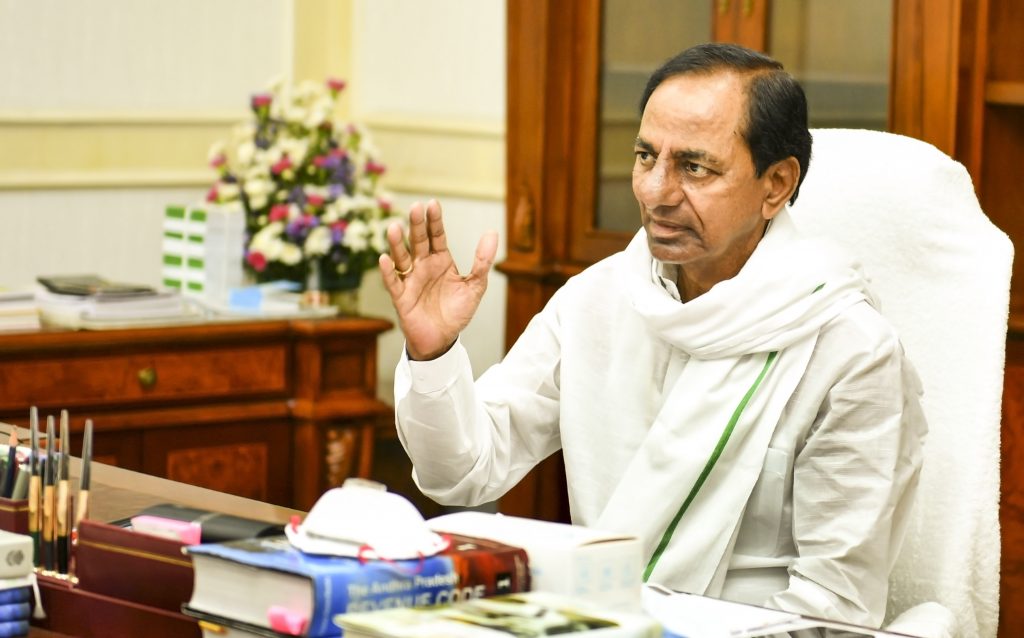 Chief Minister Sri K. Chandrashekar Rao has declared that people having non-agriculture properties would be issued Maroon colour Pattadar passbooks. The CM said that the state government’s aim is to protect the properties of the poor and middle classes through the revolutionary new Revenue Act. The CM said that the programme is launched for the long term and extended benefits of the people. The CM said the passbooks are issued to protect people permanently from land litigations and disputes and confer them with full rights on their properties.

The CM urged people in the state to get mutations done online for free of cost for their houses, plots, flats, houses constructed at the agriculture wells, farmhouses and other non-agriculture properties. The CM said henceforth every inch of land to be transferred and registered from one name to other done only through the Dharani portal. The CM asked people to register online the details of their non-agriculture properties, details of their family members, and Aadhar cards information by taking their house number from the Panchayat and municipal employees and register them online. If Mutation for the property details are not done now, there will be a problem in transferring their properties to their children, the CM said. The CM also announced that the house sites of the poor who are living there for many years would be regularized. This would ensure protection for the poor and help them to raise loans from the banks. The CM clarified that the properties mutation would have no link to the LRS. The issue pertaining to how to construct houses would be under the purview of the Panchayat Raj and Municipal Acts. Nala conversion would be done free of cost for houses and other properties under the Gram Panchayats and Municipalities jurisdiction. Sarpanches, MPTCs, Village secretaries, Mayors, Municipal Chairmen, Councillors, staff should cooperate to exempt houses constructed at the agriculture wells from the agriculture category. MPOs should monitor this, the CM said.

“Register details about every house in the villages and municipalities online, allocate a house number, collect tax, and change naala conversion under the non-agriculture category. The Panchayat Raj and Municipal officials should ensure cent percent registration of all the properties. The CM clarified that though there was some delay in commissioning the Dharani Portal, the registration process of agriculture and non-agriculture properties would be done only through the Dharani portal. The CM also clarified that the mutation would not be applicable to houses constructed under Endowments, Wakf, FTL, Naala, and ULC jurisdictions. The CM said this is the last chance to register, regulation and free naala conversion and it would not be available in the future. The CM suggested that the Ministers, MLAs, public representatives should take extra care in distributing the Maroon Color Passbooks. He also said that one last chance is given to mutate the Sada Bainamas. Guidelines for this would be announced in a day or two. Henceforth Sada Bainamas would not be permitted. The CM announced that the houses of poor under Notary GO 58, 59 would be regularized free of cost. The CM has instructed Chief Secretary Sri Somesh Kumar to issues all GO’s, Circulars in both Telugu and English Languages. He instructed the officials that information reaching the public should be convenient to the people.