Govt will pass a resolution to confer Bharat Ratna to PV 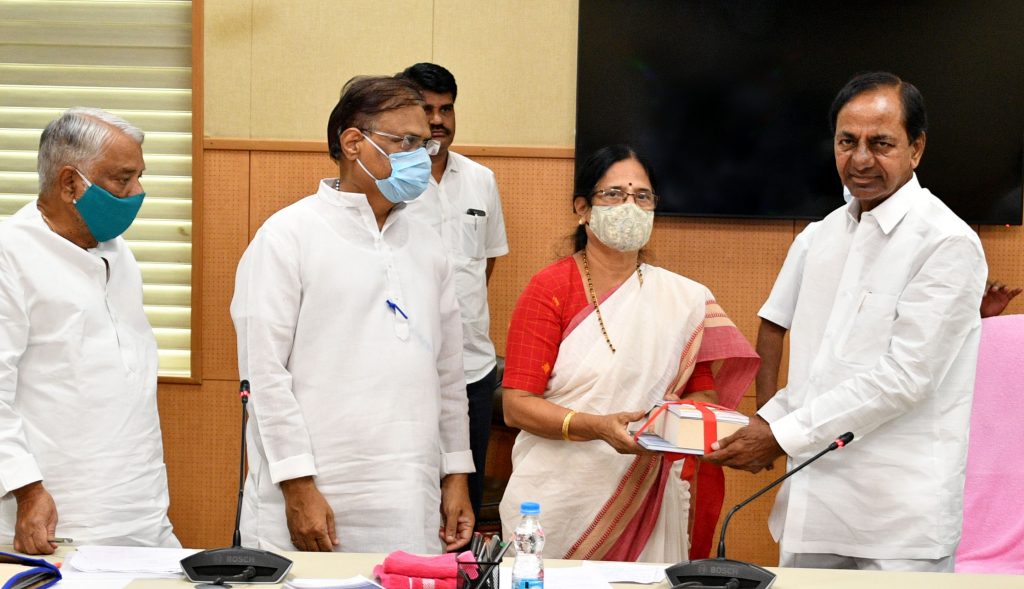 “PV Narasimha Rao is a symbol of Telangana existence. He was a reformer who initiated several reforms in the country. He was recognised as a great intellectual all over the world. He was the Telanganite who rose to the level of the country’s Prime Minister. We will discuss the greatness of PV and his achievements in the Assembly. We have decided to have a comprehensive debate on PV. We will pass a resolution urging conferring of Bharat Ratna on PV. We have decided to install a portrait of PV in the Assembly. We will request the Centre to install a Portrait of PV in the Parliament. We will ask the centre to rename the Central University of Hyderabad, which was established by PV in Hyderabad, as PV Narasimha Rao Central University. We will also pass a resolution in the Assembly in this regard,” the CM said.

“When the land was the only resource for people to have their employment and earnings, PV as Chief Minister had implemented land reforms daringly. This resulted in having 93 percent small and medium level farmers in the Telangana state now. The land came into the hands of the Poor. It was due to economic reforms that PV implemented as the PM, the country’s economy was stabilised now. We have to honour such a great personality in a befitting manner,” the CM said.

The CM suggested to the Committee members to prepare the programme lists on how should they be conducted the programmes amidst the present day Corona guidelines and how it should be celebrated on a grand scale after the relaxations in the guidelines with large public participation. “The Committee should decide this as Corona and post Corona periods,” the CM said.

The decisions are taken at the Committee meeting:

• Necklace road to be renamed as PV Gnana Marg and it should be developed. Create beautiful gardens all along the road and install PV’s Idol there.

• The meeting also decided to develop Laknepally, the village where PV was born and Vangara where he grew up as tourist spots. The CM instructed Cultural Affairs Minister Sri Srinivas Goud to visit these places and prepare a plan for the development.

• Create a PV Memorial in Hyderabad, which should be on par with the international level. The Memorial should showcase and reflect the great contributions made by multifaceted personality PV in various fields. The government will identify a proper place for this.

• It should be proposed to the UNESCO to confer awards in the name of PV to those made rich contributions in the fields of literature, science and technology. The Telangana State government would arrange for the cash prize.

• PV Centenary celebrations should be held in countries worldwide. Already arrangements are being made to conduct them in the US, Singapore, South Africa, Malaysia, Mauritius, Australia, New Zealand, Canada and other countries. Prepare a schedule for other countries also.

• PV had excellent personal relations with several world leaders when he was the external affairs minister and later as PM. Former US President Bill Clinton, Former UK PMs John Major, Cameroon, etc., Invite them and ensure their participation in the Centenary celebrations.

• The CM will personally write invitation letters to the President, PM, CMs of various states and request them to participate in the celebrations.

• Install PV’s idol in Telangana Bhavan in New Delhi. Since PV had an affinity with AP, Maharashtra, Karnataka, Odisha, Punjab and Tamil Nadu states and leaders there, organise the celebrations in these states also.

• Don’t confine to Hyderabad alone, celebrations should be organised in all the districts.

• The Cultural Affairs department should organise a Photo Exhibition to showcase PV’s life and times. This exhibition should be held along with the festivals and special food on a level akin to the Telangana Celebrations.

• Organise special programmes to reflect the spiritual aspect of PV