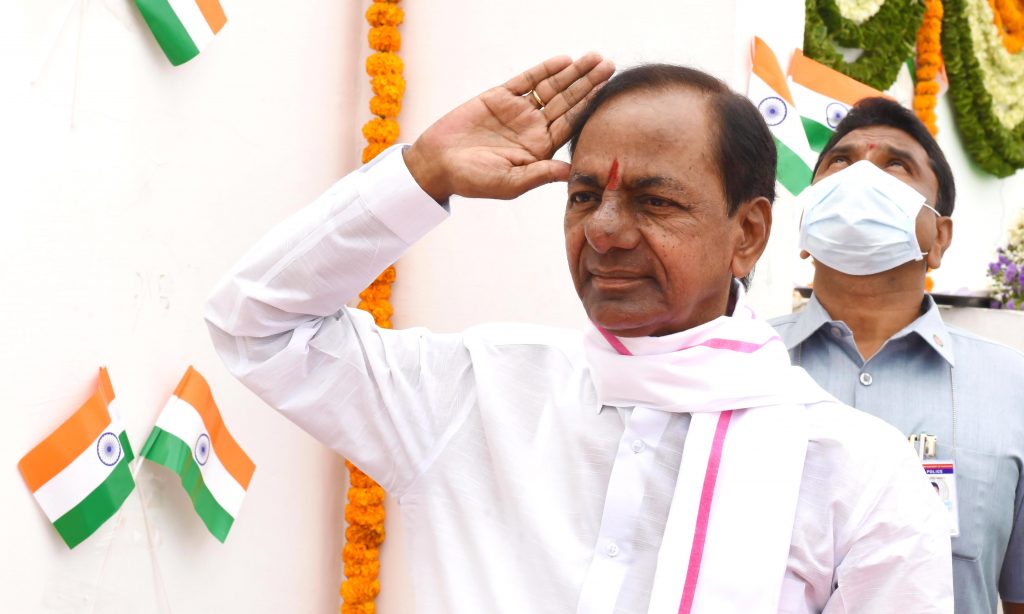 On this occasion, the CM said that the issues, which thought to be solved if the state is formed, have been getting solved. At the formation of State, the situation of farmers and agriculture were in dire straits while now agriculture in Telangana state stood as number one in the country. People used to suffer for want of drinking water during the summers, but now through Mission Bhagiratha, that problem is solved forever. The CM expressed satisfaction over progress and developments took place in Education, Health, Industries, IT, Irrigation and other sectors. He said the journey of Telangana had started on expected lines and with fulfillment. The Cm conveyed greetings to people in the State on the state formation day. The CM declared that the government would rededicate itself for the all-round development and welfare of the people.