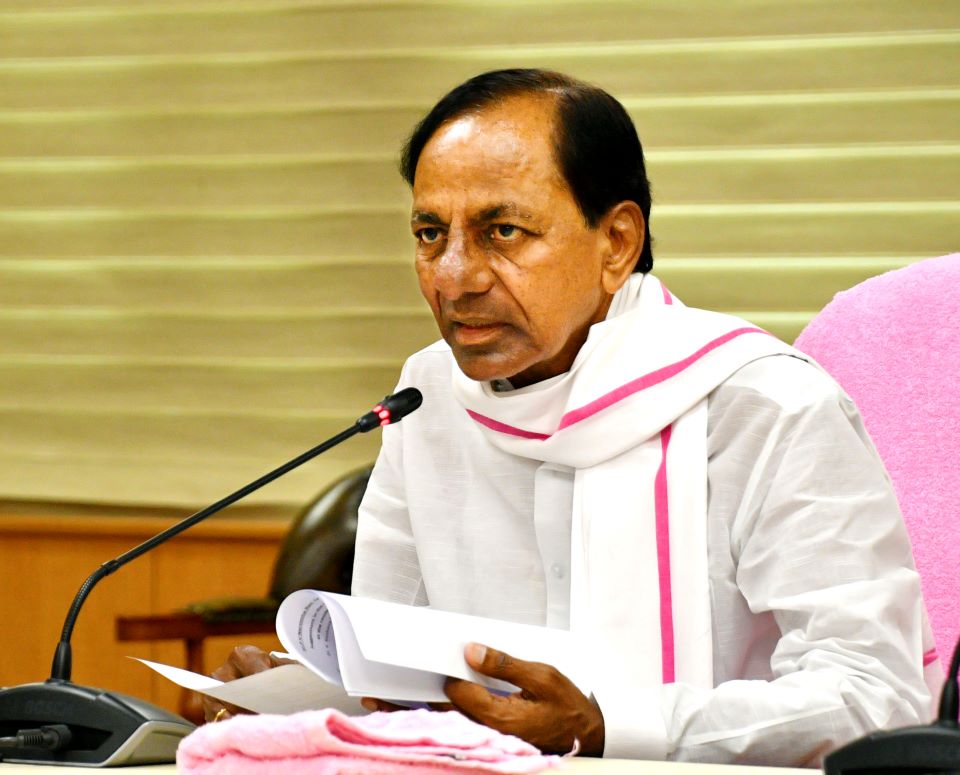 Chief Minister Sri K. Chandrashekhar Rao declared that to recall and remember the greatest services rendered by multi-faced personality in several fields, former Prime Minister Sri PV Narasimha Rao and to make them remain forever, it was decided to organise his Centenary Celebrations on behalf of the state for one year. He announced that on June 28, the birthday of Sri PV, the main programme would be organised at PV Gnana Bhoomi in Hyderabad. Around the same time celebrations will be held at 50 locations worldwide. The CM announced to organise the yearlong PV Centenary celebrations, Rs 10 Crore will be sanctioned immediately.

The meeting discussed at length on the programmes to be organised during the PV Centenary Celebrations. In this context, the CM gave instructions about the Centenary celebrations organization.

• The inaugural programme on June 28 will be held here at PV Gnana Bhoomi following the COVID guidelines with a limited number of persons. CM Sri KCR will participate as the Chief Guest.

• Organise programmes on June 28, PV’s birthday at 50 locations all over the world. Minister Sri KT Rama Rao will coordinate this.

• PV had an affiliation with other states like Andhra Pradesh, Maharashtra, and Odisha as well as Telangana State. PV had contacts all over the country. He had several people who worked with him, his followers, and his colleagues. Since he was the PM and also external affairs Minister he had people living abroad with whom he had contacts. Hence the PV Centenary should be organised, locally, nationally and globally. Prepare an action plan on what programmes should be organised where?

• For organising the PV Centenary celebrations year long, the government has immediately released Rs 10 Crore. The funds will be released in phases, as it would be organised in the coming days.

• PV has a history by which every Telanganite can proudly say PV is Telangana’s pride. Organise a wide range of programmes for one year on PV’s greatness; his services and they should be known worldwide.

• A portrait of PV should be kept in the Telangana state legislative Assembly.

• PV rendered his services as a freedom fighter, political leader, Journalist, an expert in several languages (Polyglot) and writer. Bring out a special Souvenir on par with the international standards to mirror PV’s contribution in a wide range of fields. The Special souvenir should have exclusive articles on PV by eminent personalities.

• The economic reforms that PV had brought in have to change the direction of the country for good. The special souvenir should have articles on what was the economic situation in the country before PV and after PV became the PM. Enlist economists to contribute to these articles.

• Organise programmes at the national level so that people in the country will understand the greatness of PV. Invite President Sri Ramanath Kovind, PM Sri Modi for the Centenary celebrations. Design how the programmes in which the President, the PM attend should be?

• We will request on behalf of the state government to the centre to keep PV’s Portrait in the Parliament.

• PV had a special relationship with former President Sri Pranab Mukherjee and former PM Sri Manmohan Singh. Prepare a special programme in which they both would participate.

• PV was a great literary personality. He had a firm grip over several languages. He wrote several articles, books and they should be reprinted. Publish the unpublished manuscripts of PV. Distribute them to the libraries, educational institutions and prominent personalities free of cost. The Cultural Affairs department should take this responsibility.

• PV had his followers, fans not only in Telangana but also all over the country. Contact them and take their opinion and publish them in the Special Issue and in the Souvenir. Make them participate in the Centenary celebrations.

• PV had spent his life in Hyderabad, Delhi, Manthani, Barampuram, and Nagpur. There may be some people who knew when PV was in these places. Make them also partners.

• Institute a PV Memorial Award to be given to those who have outstanding contributions to education, literature, and political and other fields. Give this award regularly without fail.

• Once the educational institutions are open, organise special programmes and make the students participate.

• Prepare special programmes to showcase PV’s greatness to the people in every village in the State. Officials of all levels and public representatives should be the participants.

• Since PV was a Telanganite, journalist, literary figure and hence to commemorate him with words, writers should contribute exclusive articles. Poets should write lyrics for songs. Newspapers should publish special articles.