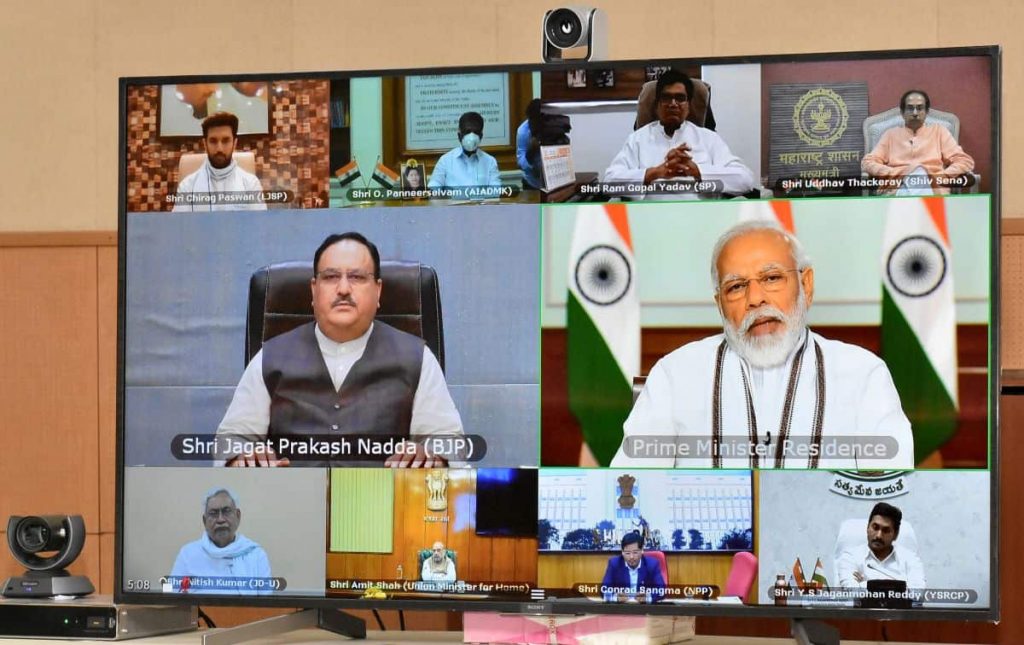 “The entire country should stand by the Military personnel guarding our country’s borders. We have to support those Martyred in their line of duty and help personnel’s family members. With such acts, one should instill self-confidence among the army personnel and security to the family members. We have to send a message that the entire country is with them. The Central government extends help to those martyred. But the states should also extend their help. It is only then that the army personnel and their family members would have confidence that the country is standing by them. Exhibit the symbol of unity. Though there are problems with the Corona Virus, one should cut expenditure somewhere and work for the welfare of the defence forces,” the CM said this while interacting in Prime Minister Sri Narendra Modi’s videoconference.

The CM opined that there should not be any hastiness following clashes that arisen between Indo-China armies at the Border. However, there is no need to bow our head as far as our country’s interests are concerned. The CM suggested to the PM to pursue long-term and short-term strategies to counter China. The CM also made it clear that on this issue, the state government would stand by the central government. Sri KCR said that what we require now is Ran neethi (War strategy) but not Raj Neethi (Political strategy/Politicisation). The CM felt that China became jealous that there is stable and strong governance in the country and the country is becoming a very strong economic force to recon with and hence the provocation from its side. The CM also announced the help state government is extending to Martyr Col Santosh Kumar’s family.

PM Modi held a meeting with all the parties representatives through a videoconference on Friday. All the participants have paid silent tribute to the Martyrs of Galwan Valley incident. CM Sri KCR as President of the TRS Party has expressed his views.

“China and Pakistan have the habit of creating trouble and conflict atmosphere when they have problems internally. China has a lot of internal problems now. China is also picking up the confrontation with countries on the South China Sea coast like Japan, Malaysia, and the Philippines. China became very unpopular (Badnaam) in the World,” the CM said.

“China had always been pursuing a confrontation attitude with India. Incidents that happened now in the Galwan Valley also happened in the past. This is not the first incident nor will be the last. China raised border dispute in 1957. In 1962, there was a full-scale war between India and China. Then 200 defence personnel martyred. Now clashes took place at Galwan now and 20 of our army personnel martyred. We are having some incident or the other with the country with which we have thousands of KMs of the border. We always have a potential danger in China. Hence we have to act strategically,” the CM said.

“Why China is adopting a confrontation with India now and there are special factors for that. We have brought in new Acts for Kashmir. We are providing permanent solutions to problems there. We are speaking decisively on the POK. Our Union Minister had declared in the Parliament that Aksai Chin is our area, which China occupied illegally. Galwan Valley is a strategically important strategic point for the country’s security. We are improving the infrastructure facilities there. This China is not been able to digest. Hence it is taking a confrontation position,” the CM explained.

“We are a peace-loving nation. At the same time, there is a limit for our patience. We have to give a befitting reply if anyone crosses our path. Don’t compromise on the nation’s security and interests. At this juncture, there is no need for politicisation. We need a war strategy. The entire country should stand as one. In the past whenever we had skirmishes with other countries we all stood by one. We have the experience of the Indo-China war, Indo-Pak war and the Bangladesh war. In 1970 Bangla Desh wartime, Vajpayee praised Indira Gandhi as Durga Mata. Such kind of inspiration should come to us now. The entire country should stand by the Central government and the Prime Minister. People in Telangana State, the state government will stand by the PM in this situation,” the CM clarified.

“ We are desiring Atma Nirbhar Bharath (Self-reliant India), while China wants us to be Anya Nirbhar Bharath (Indian dependent on others). China is unable to tolerate our growth and progress. India is emerging as one of the strong economies. The US is an economic superpower with 21 Trillion Dollars economy while China is second with 14 Trillion Economy. India is marching towards 5 Trillion economies along with Japan whose economy is 5 Trillion. China is upset with this. China is unable to tolerate a stable government and sustained economic growth in India. Hence China is creating these problems,” the CM said.

“China became unpopular as it was considered to be responsible for the spread of Coronavirus. Several Multi-national corporations are shifting out of China. They are now looking at India. According to the World Bank report, India went up from 142 positions to 63 positions in ease of doing business. In India investor friendly policies are being implemented effectively. Foreign Direct Investments are also on the increase. From 2014 to 2017, the FDI was increased from 36 Billion Dollars to 61 Billion Dollars. There is a possibility of a further increase in FDIs. Several people are ready to shift their companies from China to Telangana state. China is not happy with this,” the CM further explained.

“There are opinions that say we should ban import goods from China. It will be a hasty decisions. The goods that we are importing now should make in India. These goods should be available to the people at reasonable costs. We have to concentrate on this,” the CM suggested.

“We should prepare long-term and short term strategies to face China aggressive attitude. There should not be any hasty act under any circumstances. At the same time, there should not be any compromise as far as our nation’s security and interests are concerned. Have a strategic partnership with countries, which are friendly to us. Join the D group as suggested by the UK. Join the Oran alliance. Repel the Huawei Company’s strategy. We have to act with strategy,” the CM said.