PM’s video conference with all the CMs 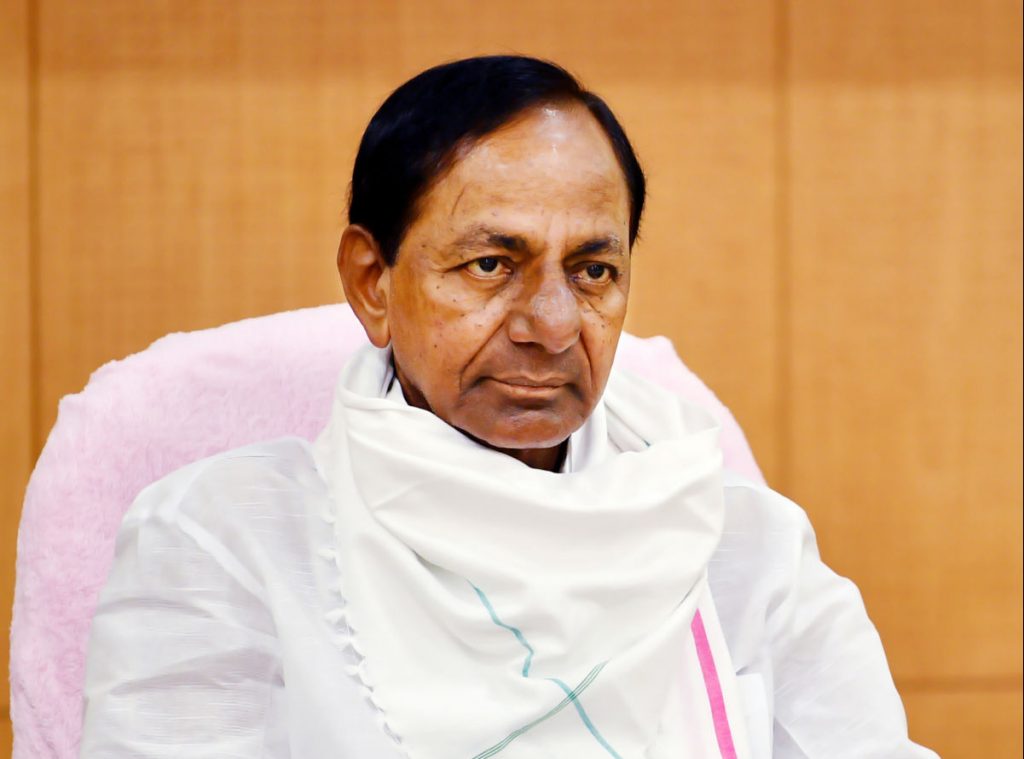 Chief Minister Sri K Chandrashekhar Rao has made it clear that the state government and people in Telangana state would stand by the Central government in the present stand off situation with China. He said there should not be any compromise on security of the country and the entire country should stand as one on the issue. The CM mentioned about the Indo-China skirmishes at the Border while interacting with Prime Minister Modi’s videoconference on Wednesday. The CM said whether it is China or any other country, if it interference with the sovereignty of India, there should be a befitting reply. There is no need for anyone to politicise the security matters. This is the time when everyone should be united and speak in one voice. After PM Modi’s video conference began, the PM and all the CMs observed a two minutes silence and paid tributes to the martyred soldiers in the clash with China at the Ladakh border.

Chief Minister Sri K. Chandrashekar Rao has urged Prime Minister Sri Narendra Modi to give clarity on the Lockdown issue, as rumours are afloat that there would be one more lockdown in the country. Responding to the CM’s request, the PM made it clear that in the country now the lockdown period was over and unlock down period had began. The CM spoke at the PM Modi’s videoconference here on Wednesday.

“There is a rumour going on that lockdown may be once again imposed in the country. When it is known that the PM is talking to the CM’s via videoconference, people are speculating that there will be a lockdown imposition announcement there. I have been telling people that the PM will not take lockdown decision without talking to all the CMs. Please give a clarity on this issue,” Sri KCR urged the PM. Sri Modi responded to this.

“There will not be any lockdown in the country. The four phases of lockdown is over. Unlock down1.0 is going on now. We all should discuss on what to do about unlock 2.0 issue,” the PM made it amply clear. In this context, the CM explained to the PM measures taken by the state government to contain the spread of Corona.

“The state government is making all efforts to contain the Corona virus in the State. Corona is under control in the State. Death rate is also registering low percentage. We are confident that with the efforts put in by both the Centre and states, we will register a decisive victory over Corona. Corona cases are reported in Hyderabad and neighbouring districts. We are also putting strong efforts in these areas to contain the spread. I am confident that within days the spread would be under control. The normal life is emerging now. Migrant workers, Hamalis, labour from various states are getting ready to work in other states. We have to provide facilities for them. The entire country is one and everyone should have the facility to work anywhere in the country. Hamalis from Bihar are ready to come back to Telangana,” the CM told the PM.

On the reports that Bihar CM Sri Nitish Kumar is not allowing workers from his state to travel to Telangana, the CM reacted albeit in a lighter vein. “ Nitish Ji we are taking care of Hamalis coming from your State very well. Our Chief secretary is also a Bihari. Please send the Hamalis,” the CM said.