CM held review meeting on containment of CoronaVirus in GHMC 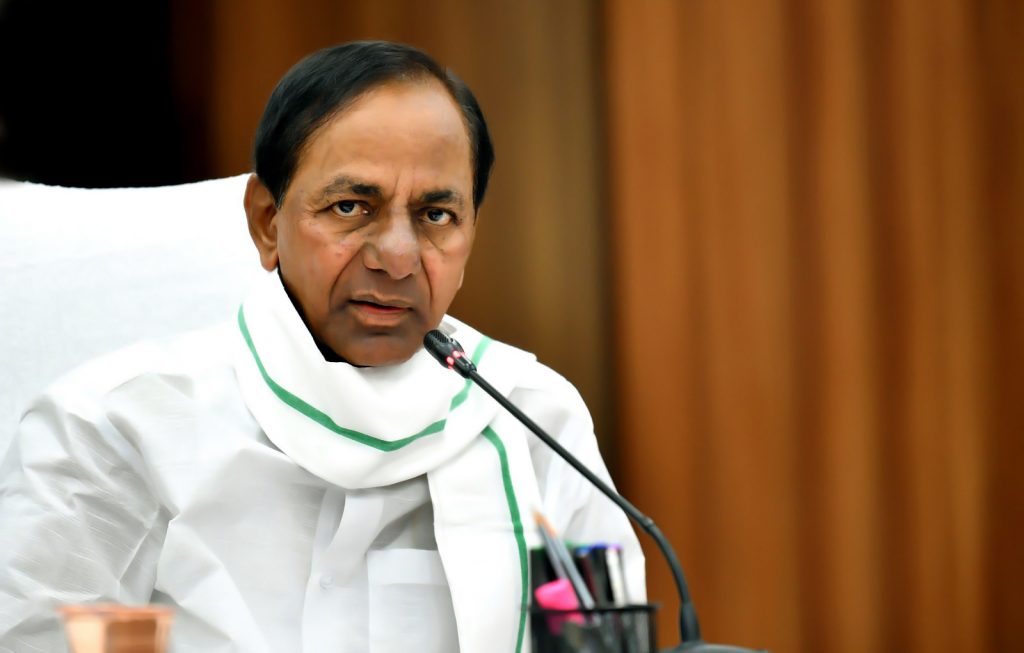 Chief Minister Sri K. Chandrashekar Rao has decided to finalise the strategy to contain spread of Corona Virus in the GHMC jurisdiction in the next three to four days. He said a decision will also be taken on the proposals that lock down should be re-imposed under the GHMC limits for a few days. The CM said that there is no need to get anxious or entertain fear about the more number of positive cases in the city as the government had made all arrangments to offer proper treatment to all the needy.

“Corona is spreading speedily all over the country. In the same way In Telangana State there is increase in the positive cases. When compared to the national average, the death rate in Telangana State is less. There is no need for fear. Necessary treatment is given to the positive patients. We have kept thousands of beds ready in both government and private hospitals and colleges. Patients who are in critical conditions are treated in the hospitals. Asymptomatic patients are given treatment in their homes,” Sri Rajender explained.

Special Chief Secretary (Medical and Health) Ms Shanti Kumari, in her report pointed out that the number of deaths due to the virus is at very low in the State. The Average deaths due to Covid19 at the National level is 3.04 while it is 1.52 in Telangana State. She said that more number of tests are being conducted in Telangana state. All those tested positive were given the required treatment, she stated.

“Hyderabad is a metropolitan city in which one crore people live. It is but natural that like other cities in the country, the spread of Corona is also high in the city. People started moving around after the lock down is lifted. This led to the spread of the virus. In Chennai in Tamil Nadu, lock down was re-imposed to contain the spread. Other cities in the country are also thinking on these lines. Medical and Health department also made proposals that the re-imposition of lock down in Hyderabad is a good. But re-imposition of lock down will be a very major decision. Government machinery and people should be made ready for this. Especially the police department should be kept ready. Cabinet meeting should be convened. A decision on lock down should be taken by eliciting views from all the concerned. Let us examine the situation keenly for two to three days. If need be, Cabinet will be convened in three to four days to discuss proposals for the lockdown, alternatives and other related issues and a decision will be taken,” CM Sri KCR said.

The CM further said,” Several issues to be taken into consideration, if we decide to impose lock down under the GHMC limits. If lock down is imposed, it should be implemented strictly and totally. There should be a day long Curfew with one or two hour relaxation to buy the essentials. Flights and train services have to be stopped. All arrangments should be made from the government’s side. Hence, the government will examine all the issues in depth and would take the necessary decision.”